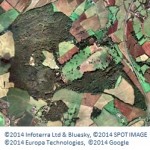 Wytham Woods is about 375 hectares of woodland owned by the University and within about 5kms of the Zoology Department. The long-running study of great and blue tits which is based there was started by David Lack. Shortly after being appointed Director of the EGI (in September 1945) Lack visited the Netherlands where he met H.N. Kluijver and visited his great tit study area. Lack was immediately impressed by how relatively easy it was to study a bird that nested in nesting boxes and how a great tit study would enable him to examine some of the biological questions in which he was interested at the time.

So it was, that in the winter of 1946-47, a new student at the EGI, John Gibb, erected nesting boxes in and around Marley, part of Wytham Woods. He also erected a small garden shed in which he lived for each of the three following summers. The first breeding season was 1947, so that in 2013 will be the 67th; possibly no other bird population has been continuously studied for so long in a single place.

John studied the birds in great detail in this one area of Wytham and became the first EGI student to obtain his D. Phil from a study of the breeding biology of the tits. The Wytham tit records were maintained by Denis Owen until 1957 when Chris Perrins joined the EGI. In order to study in the factors affecting clutch-size in more detail, he needed more nests than were available in Marley. So, in the following years he extended the nest-box study area until, by 1963, there were just over 1,000 nest-boxes boxes throughout almost all areas of Wytham, a pattern that has remained largely constant – apart from replacement of boxes where trees have fallen down – until almost the present time.

Many students have studied birds in Wytham. To date, some 40 students have completed theses which involve some aspect of the study of tits; the majority of these studies were made in Wytham, but others have been lab-based behavioural studies. A further 20 have studied other birds in Wytham or on the University Farm, about half of these being studies of starlings, jackdaws or house sparrows, again illustrating the convenience to field-workers of studying hole-nesting species. 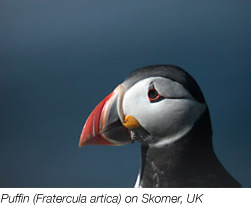 Skokholm and Skomer lie of the southwest tip of Wales. Both are run by (and Skokholm is owned by) the Wildlife Trust for South & West Wales. Both are seabird sanctuaries with large numbers of gulls, puffins, razorbills and guillemots and other seabirds; together the two islands host something in excess of 150,000 pairs of manx shearwaters, making it the most important site for these birds in the world. Since 1963, the EGI has been involved with seabird studies on the two islands, and 12 students have completed DPhil theses on a range of seabird species there, while a number of others have undertaken shorter projects. A series of long-term monitoring projects are underway on a suite of seabirds, and collaborative work with the Animal Behaviour Research Group on navigation in manx shearwaters. Currently, students on the MSc in Integrative BioSciences go there for a week in June, helping with some monitoring projects as well as doing projects of their own. 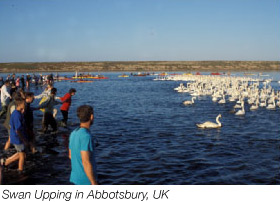 Members of the EGI have studied mute swans for many years. Originally, the study was centred on the rivers around Oxford. Then, in the 1970s and early 1980s, when numbers were declining rapidly, the EGI was asked to make a special study of the Thames birds and to try to determine the cause of death. It turned out that many of the birds were dying of lead poisoning through ingesting angling weights. Since the use of most lead weights was banned in 1987, the population has risen steadily. Nowadays, apart from some monitoring of the Thames population, the EGI’s main study is at Abbotsbury Dorset, where about 150 pairs nest colonially. With the kind permission of the owner, we have been recording the survival and breeding success since the mid-1970s, and this population study has recently reached the stage where it can generate novel insights into the causes of individual variation in life-histories. 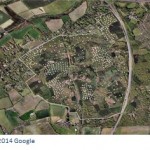 Bagley Wood is a 250 hectare mixed woodland owned by St Johns College, Oxford, located just 3.5 km from the Zoology Department. The woodland consists of a matrix of mixed pine plantations, and deciduous plots dominated by mature oak trees. In January 1990, around 180 nestboxes were erected by Professor Ken Norris of Reading University, then a Post Doctoral Researcher in the EGI. Using protocols developed at nearby Wytham, the great and blue tit populations were monitored to assess individual variation in breeding success, and provided some of the first experimental evidence for a causal relationship between hatch date and survival in blue tits. In 2007 the EGI erected a further 320 nestboxes to produce explicit areas of high and low nestbox availability, between different quality habitats. This design is currently enabling members of the EGI to investigate the roles of breeding density and habitat quality in the phenotypic structuring of populations.

The Los Amigos watershed encompasses 1.6 million hectares of pristine Amazonian forest. Much of this wilderness lies within the Los Amigos conservation concession, which protects some of the world’s most biodiverse tropical forest. The biological station at CICRA, one of Amazonia’s premier centres of research, is strategically located at the confluence of the Río Madre de Dios and the Río Los Amigos, at the gateway to this concession. A system of trails provides access to a rich mosaic of Amazonian habitats, including floodplain forest (dark green on the map below), upland forest (paler mottled areas away from the river), extensive stands of bamboo (yellowish) and palm swamps (purple). The site supports a community of 553 bird species, including 50 species of antbirds. For a complete list of all species recorded at the site, click Los Amigos birdlist. 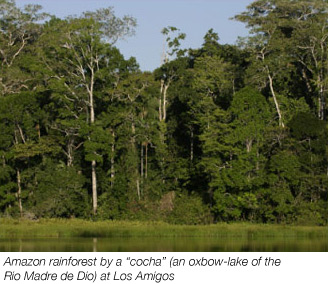 Nat Seddon and Joe Tobias worked at this site in 2004-2010 to study the causes and consequences of interspecific competition and reproductive isolation between two closely related sympatric species of antbird: the Peruvian warbling-antbird Hypocnemis peruvianaand the yellow-breasted warbling-antbird H. subflava. Working in close collaboration with the Amazon Conservation Association, and with South American scientists and students, they are addressing several research questions, including: What is the role of vocal versus visual mating signals in maintaining reproductive isolation amongst sympatric antbirds? To what extent is vocal or morphological divergence in Amazonian birds driven by ecological adaptation versus genetic drfit? What is the role of rivers and habitat hetergeneity as barriers to gene flow? And what determines species-specific song schedules in the Amazonian dawn chorus?