We have several ongoing research projects that aim to understand aspects of host parasite systems, with avian hosts as the focus. Some of these are long- term studies, whereas in other cases we have been able to respond to sudden research opportunities owing to maintaining long-term study populations of animals.

Since 2003 we have working on the interaction between tits and malaria in Wytham. Unlike human malaria, avian malaria is commonly found at temperate latitudes and may infect a high proportion of the population. One particular current focus in the Wytham study is to understand how spatial variation in the distribution and prevalence of different malaria species contributes to demographic and genetic variation at the landscape scale. Our previous work on this system has revealed consistent differences in the spatial distribution of different malaria species, as well as marked differences in the local prevalence of infections. Since we have also demonstrated fitness effects of these parasites, the potential for effects on host ecology and evolution is clear. For more information see: Knowles et al. 2010 J. Evol. Biol. 23, 557-569; Knowles et al. 2011 Mol. Ecol. 20, 1062-1076; Lachish et al. 2011 J. Anim. Ecol. 80, 1196-1206.

Two examples of more responsive research relate to studies of (1) avian influenza in swans and (2) avian pox in tits.

The only outbreak of highly pathogenic H5N1 bird flu in the UK to date occurred in the population of mute swans at Abbotsbury in Dorset that the EGI has been assisting in long-term monitoring. Unlike the case in outbreaks of this disease in poultry, the mortality rate was low, but most mortality was among young birds. Subsequent work showed that there is a strong age-dependence in the antigen profiles of swans to avian flu, with younger birds having much less diverse repertoires than older birds. Cross-reactivity in immune responses to different forms of flu might explain the advantage that older birds have (see Pybus et al. 2012 Parasitology for more detail). 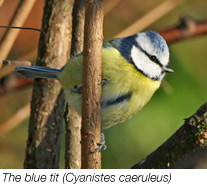 A new form of avian pox, which particularly infects great tits appeared for the first time around Oxford in 2009, and spread rapidly through the populations here in 2010. Using an urgency grant from NERC, we collaborated with the Institute of Zoology, the RSPB and the BTO, to show that this form of pox (“Paridae pox”) had first appeared in SE England in 2006, but had spread over much of South and Central England by 2010; genetic analyses are consistent with the pox having very recently appeared in the UK from continental Europe. Using detailed individual-specific data from the Oxford study populations we were able to study the epidemiology of this disease and quantify its effects on the survival of infected great tits (see Lawson et al. 2012 PLoS ONE and Lachish et al. 2012 PLoS ONE for more details).