A space for knowledge of birds and people 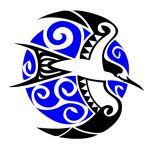 EWA promotes the engagement of all people in bird conservation by sharing their knowledge and understanding of birds, and helping to safeguard cultural identities. EWA is founded on the recognition that humans everywhere are inspired culturally, practically and spiritually by birds. We collect culturally relevant knowledge of birds, including local and traditional ecological knowledge, and share this globally via the internet and other media. We work with indigenous people, local communities, conservationists and academics, and their institutions, to promote bird conservation through the recognition, affirmation and celebration of traditional and contemporary knowledge, and the environmental stewardship ethic inherent within diverse cultural traditions.

Professor Andrew Gosler, EWA Director is an Associate Professor in Applied Ethnobiology and Conservation at Oxford University, where he holds a joint position between the Edward Grey Institute of Field Ornithology (Department of Zoology) and the Institute of Human Sciences (School of Anthropology and Museum Ethnography).  He is also a Fellow in Human Sciences at Mansfield College.  Following a B.Sc. in Environmental Biology from UCW Aberystwyth and M.Sc. in Pure and Applied Plant Taxonomy from the University of Reading, he obtained his DPhil in Ornithology at Oxford in 1987. His research interests span bird ecology and evolution, through ethno-ornithology to conservation. He has published widely in these fields and is a former Editor of the international journal Ibis. He received the Bernard Tucker Medal of the British Trust for Ornithology in 1999 and Union Medal of the British Ornithologists’ Union in 2012. He co-edited Ethno-ornithology, Birds, Indigenous Peoples, Culture and Society with Australian ethno-ornithologist Sonia Tidemann, published in 2010, and has convened symposia in Ethno-ornithology at conferences of the European Ornithologists’ Union and International Ornithological Congress. He is the originator of EWA.

Dr John Fanshawe, Senior Strategy Adviser, BirdLife International. John Fanshawe is a conservationist, ornithologist, and author who has worked in international bird conservation since 1987, dividing his time between the UK, Kenya and Tanzania. Previously Head of Policy and Advocacy (1998-2003) and Head of Development Programmes (1995-1995); he now leads BirdLife’s work on culture and society, and is EWA’s primary link for the Partnership. He has a particular interest in local conservation and development initiatives, and the role of traditional ecological knowledge. John studied law as an undergraduate, and has a DPhil in zoology from Oxford where he was a member of the Wildlife Conservation Research Unit. He also has an MA in Contemporary Arts Practice from University College Falmouth. With Terry Stevenson, he co-authored a Field Guide to the Birds of East Africa, and with Stevenson and Nigel Redman its sister guide to the Horn of Africa. For one day a week, he is seconded to the Cambridge Conservation Initiative where he co-ordinates CCI’s work on the arts, science, and conservation. His work for EWA fits naturally within this portfolio.

David Nathan is the former Director of the Endangered Languages Archive (ELAR) at SOAS University of London, where he and his team have developed new approaches to archiving for endangered languages resources. With 20 years experience in educational and computing support for endangered languages, especially Australian Aboriginal languages, David has taught computing, linguistics, cognitive science, multimedia, and language documentation and archiving. His publications include the textbook Australia’s Indigenous Languages, and papers on archiving, language documentation, audio, multimedia, lexicography, and the internet. He produced multimedia CDs for a number of languages, established and runs several web sites, and was co-author (with Peter Austin) of the very first hypertext web dictionary. Currently he manages the ELAR team and is involved in a variety of archiving, training, revitalisation and publishing activities. He is interested in the connections between language documentation, research and revitalisation, and how these connections can be enhanced through media technologies.

For more information see his website and the HRELP staff pages.

Dr Ada Grabowska-Zhang is EWA Ornithologist. I received  a first class BA in Biological Sciences from the University of Oxford in 2008. As part of my undergraduate research, I completed a project on the conservation of the endemic New Zealand pigeon, the kereru (Hemiphaga novaeseelandiae). In 2012 I completed my DPhil in behavioural ecology at the department of Zoology, Oxford. During this time I researched the fitness consequences of social behaviour in the great tit (Parus major).

I have broad research interests ranging from evolutionary ecology to conservation and society, all revolving around birds. For my doctorate I studied social evolutionary processes in a common British bird, the great tit. I have been involved in the planning and preparation of the EWA project,  which is the foundation for my post-doctoral work. In my research I aim to link bird conservation to culturally-relevant knowledge of birds in traditional communities. I aim to investigate links between traditional practices and conservation efforts, to help conservationists and local communities implement conservation in a culturally-relevant way. I hope to contribute to building connections between conservation practitioners and local stakeholders.

Dr Karen Park is EWA Linguist Karen Park received her DPhil in Linguistics from the University of Oxford in 2012.  Her research has explored both language change and loss in little known Pacific dialects and theoretical approaches to structure and meaning in language, with a particular focus on reflexive systems.  Karen’s undergraduate pursuits were divided between the core sciences and English literature.  Upon completing her bachelor’s degree, she spent a year working in a medical research lab studying vector-borne disease in migrating birds before leaving the country for the U.S. Peace Corps – first teaching in a university in Western China and later working on sustainable development and conservation projects in the Fiji Islands.  Her work in Fiji included participation in a National Trust of Fiji Islands bird sanctuary and awareness project that resulted in the establishment of the Solodamu Muanakaka Bird Sanctuary in Kadavu.  Currently an American Council of Learned Societies Public Fellow working for the Council of American Overseas Research Centers and a Research Collaborator at the Smithsonian Museum of Natural History, Karen will be located in Washington, D.C. until she joins EWA on a full-time basis in June.

Dr Felice Wyndham is EWA Ethno-biologist. My recent focus has been to investigate the intersections of life-histories and longue durée landscape change, particularly with respect to food systems transformations. Ethnobiology told through personal narratives in community contexts, specifically Rarámuri/Tarahumara (Mexico) and Ayoreo (Paraguay), brings to light webs of connectedness to place as well as enmeshed networks of global processes and history. It is important to me to work closely with community-defined priorities, which has led to several research projects involving trans-generational teaching, and education both formal and informal. Human ecology and ecosystems theory and application have been an ongoing interest, and I continue to collaborate and publish with a working group on these topics. My regions of expertise are the Americas (South, Middle and North), with most extensive experience in Northwest Mexico and the Southern Cone of South America and abiding interest in Southwestern US, Alaskan, Hawaiian, and California land and sea-scapes.

Dr. Kakia Chatsiou former ELAR Digital Content Curator Kakia Chatsiou is a linguist and data scientist working with ELAR (Endangered Languages Archive at SOAS) since May 2012, as a full-time Digital Content Curator. She is responsible for ELAR collections throughout all stages of the ingestion workflow, from acquisition to accession into the online ELAR catalogue. She is also responsible for overseeing the day-to-day management, operations and training of a team of Archive Assistants and Volunteers. She offers support to depositors during their data creation and depositing process, ensuring that the data, metadata and documentation archived are usable and of the highest quality and has been involved in training for data users and depositors on archiving related issues. She has also been working with the other ELAR team members to document the existing operational workflows and is contributing to the social media presence of the Archive, by contributing to the ELAR blog and ELAR’s microblogging presence.

For more information see her website and the HRELP staff pages.

Heidi Fletcher, EWA Web Manager Heidi is the Web Manager for EWA. She has a BSc in Computer Science & Geography. She has worked with relational databases & data management, since 1995. Since 2007 she has been working as a web developer, predominately working with WordPress, & some Drupal. She also works part-time as Web Manager for Oxford Poverty & Human Development Initiative.

We would like to invite you to become an early EWA colleague. Please email us at ewa@zoo.ox.ac.uk Let us know of your interests & we will put you on our list to receive news & updates as the project develops.