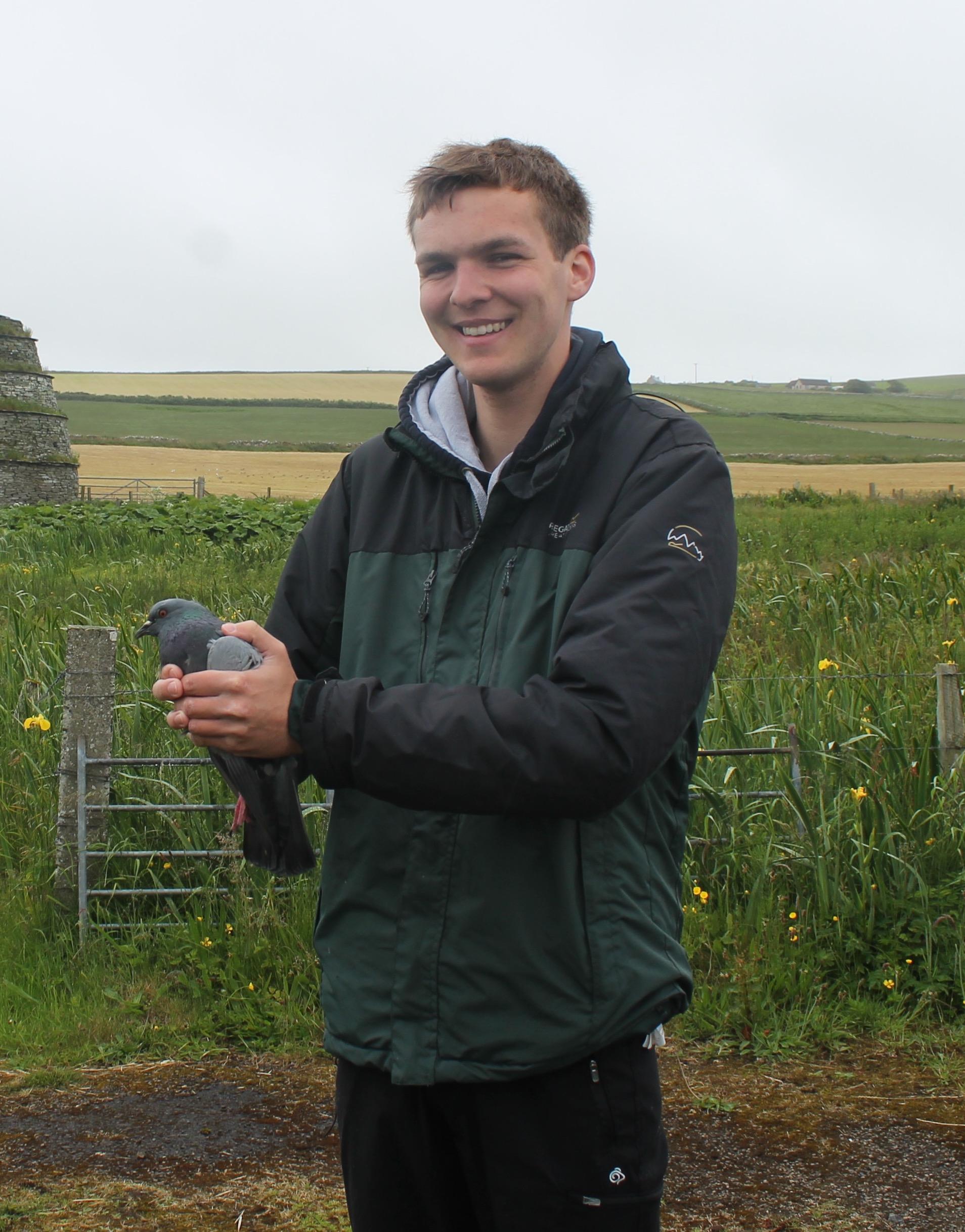 I graduated from Oxford with a degree in Biological Sciences in 2019. For my coursework, I looked at the value of UK conifer plantations from a conservation perspective, and the value of introduced populations of animals in situations where they are declining in their native range. For my research project, supervised by Annette Fayet, I characterised differences between wild rock doves and feral pigeons in the British Isles. Wild rock doves are the ancestors of domestic and feral pigeons, and are at risk of extinction via hybridisation with their feral descendants. I wanted to highlight their status, and make it easier to distinguish between the two free-living forms of the species (Columba livia) to allow further research.

For my DPhil I am studying the process of introgression (gene flow between populations caused by hybridisation and backcrossing). My study system is the wild rock dove (with a particular focus on Scottish doves). I aim to determine where the ‘purest’ populations remain, as well as characterise both hybrid zones in regions where feral pigeons have recently colonised, and complete hybrid swarms in areas where the rock dove no longer exists as a distinct entity (having been ‘genetically swamped’ by feral pigeons). My work will involve assessing both phenotype and genetics at both an individual and population level. The aims of my work are to highlight whether it is possible to conserve wild rock doves, to fill in gaps in our understanding of the species C.livia as a whole (as the wild/ancestral form has historically been understudied), and to provide a tractable model system with which to explore within-species biotic homogenisation and the breakdown of genetically distinct lineages due to hybridisation. I am supervised by Dr Sonya Clegg.