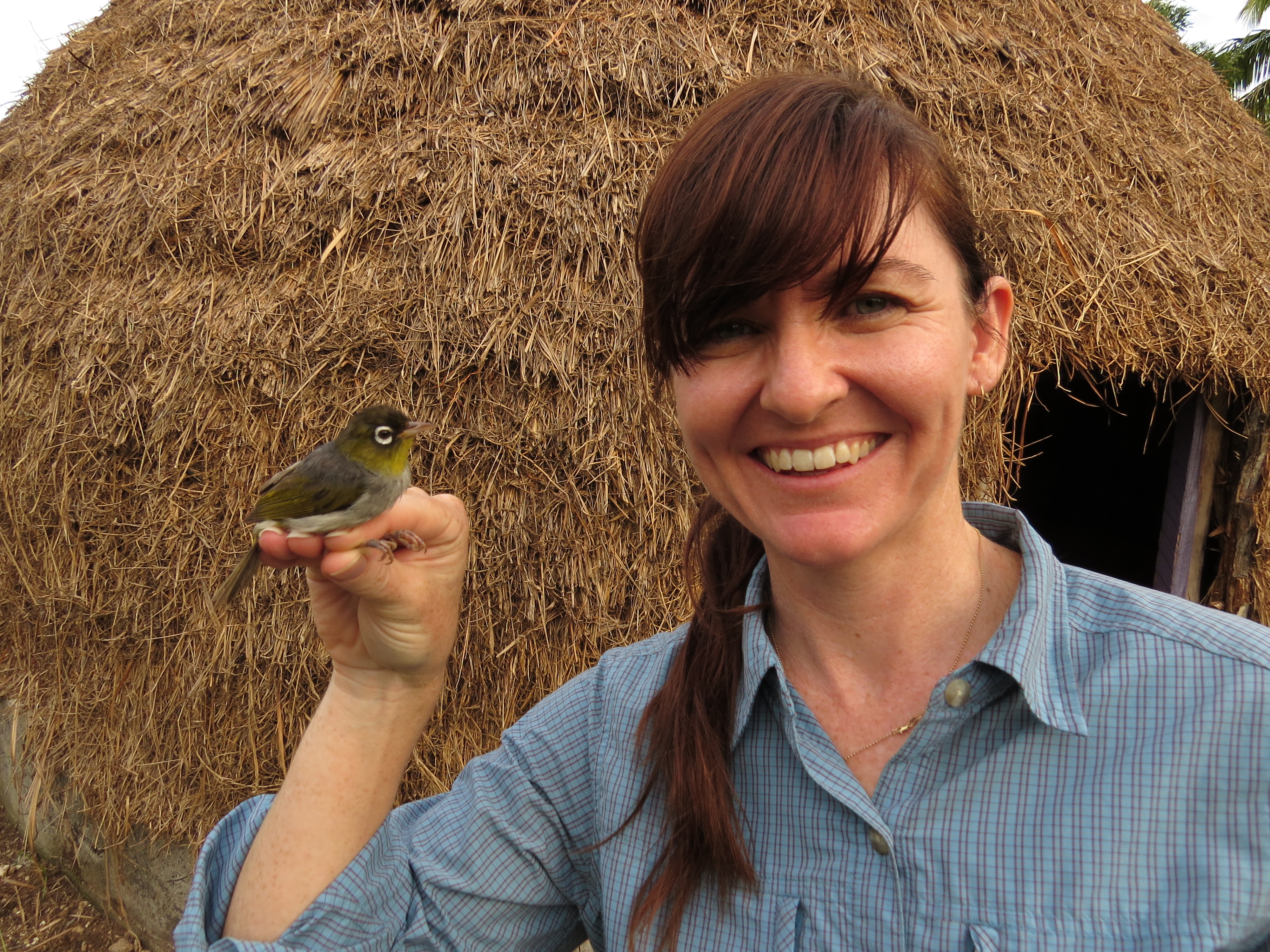 I obtained my PhD from University of Queensland in 2000, before holding postdoctoral positions at the Center for Tropical Research, San Francisco State University (2000-2001), and Division of Biology, Imperial College London (2002-2004). I held a NERC Postdoctoral Fellowship at Imperial College London (2005-2008). After a year in environmental consulting in Australia, I took a lectureship position at Griffith University, Queensland, Australia (2010-2014). I joined the EGI in March 2014.

A common thread to my research is to increase understanding of the evolutionary processes that promote divergence in wild vertebrate systems. I use a variety of methodologies to answer questions about processes of genetic, morphological and ecological/behavioural differentiation.

Island colonizing birds often appear to undergo rapid divergence. Members of the Zosteropidae family provide an ideal system to examine genomic patterns of divergence associated with island colonisation across a spectrum of known population ages. I am applying genomic approaches to understand this rapid divergence, with a current focus on understanding genetic underpinnings of changes in dispersal tendencies.

Species that colonise often display components of the ‘island syndrome’; a widespread biological phenomenon that describes a suite of phenotypic (morphological, behavioural), demographic, life history and genetic changes associated with island life. I am interested in understanding the extent of patterns in different species, with an aim to quantitatively assess the drivers of such repeated patterns.

I study the temporal dynamics of natural selection in an individually colour-ringed population of silvereyes (Zosterops lateralis chlorocephalus) Heron Island, Great Barrier Reef, Australia to understand the nature of phenotypic evolution. This population has been studied since the 1960s, and application of modelling techniques applied to the long-term dataset along with on-going collection of individual-based data allows insight into potential responses to changing environmental conditions.