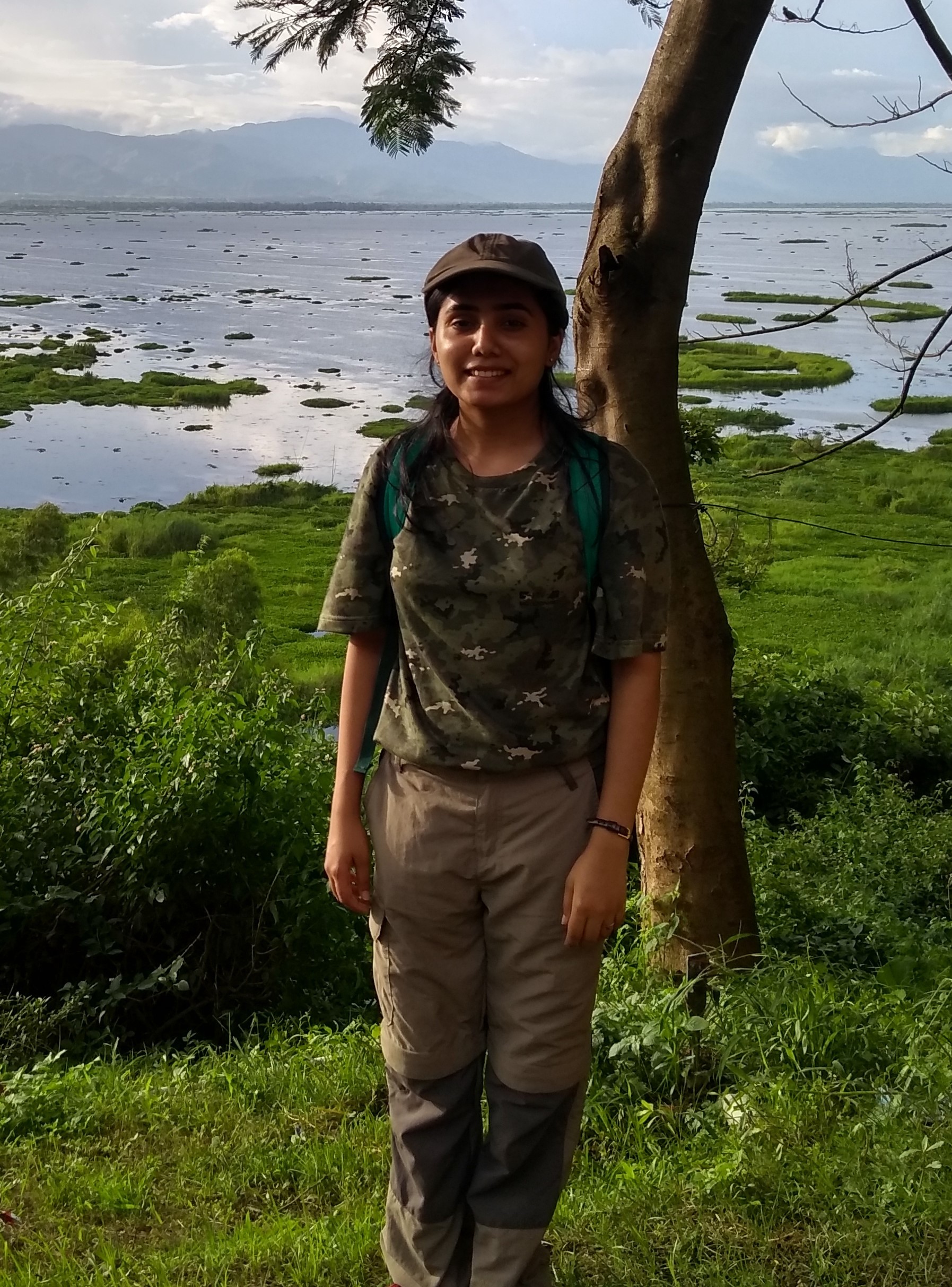 I completed a Master of Science (MSc.) in Environment Science and Technology from Bharati Vidyapeeth Institute of Environment Education and Research, Pune (India) in 2017 shortly after which I assisted Dr Rajkamal Goswami, a then national post-doctoral fellow with Centre for Ecology Development and Research (CEDAR Himalaya), to assess the effects of land-use change on bird communities in the tropical forests and remote villages of Jaintia Hills in Meghalaya. The area is part of one of the eight northeastern states of India and falls under the Indo-Burma biodiversity hotspot. We highlighted the bird species vulnerable to rapid forest loss and also studied the hunting patterns in tribal villages. Determined to explore more of northeast India, the rich diversity of both taxa and tribal culture, I joined Ashoka Trust for Research in Ecology and the Environment, Bangalore (India) as a junior researcher in a project funded by National Mission for Himalayan Studies scheme under the Ministry of Environment, Forest and Climate Change, Government of India. I then moved around from one tribal village to another in more Northeast Indian states- Manipur, Nagaland and Arunachal Pradesh- to document insect consumption, harvesting methods and traditional knowledge. I understood it is inevitable to include indigenous communities in species conservation projects in areas where people form strong bonds with nature.

My exposure to Northeast India since 2017 has motivated me to contribute more to this largely data-deficient and lesser explored region. My research interests revolve around understanding the effects of anthropocentric activities such as deforestation, climate change, unsustainable harvesting of bio-resources, and forest diversion for non-forest purposes on the distribution and habitat preferences of tropical bird species. Hence my studies are locale-specific and field based where I try to view issues from ground-level combining both ecological and social angles.

I will be supervised by Dr Sonya Clegg for my DPhil to assess the extent to which climate and land-use changes have synergistic effects on the forest birds of eastern Indian Himalaya, a global biodiversity hotspot. My study will be based in multiple forest types of Dibang Valley in Arunachal Pradesh which is famous for its high bird diversity and is inhabited dominantly by the indigenous Idu-Mishmi tribe. The results will be fundamental in prioritizing certain bird species and their habitats in need of utmost attention for conservation at a regional scale. Our work through the following years will also include marginalized communities and their knowledge on bird abundance.